Join this diverse tour that combines beautiful nature and hiking along the coastline with alternative sights from the Russian and Soviet history in Estonia. Visit an abandoned naval fortress which is now tucked away in the forest, but where it is still possible to explore the dark underground tunnels as well as the massive concrete structures above the ground. Continue the tour to Keila waterfall which is located in a peaceful manor park with charming bridges and walking paths. Drive through the mostly Russian-speaking city of Paldiski and get a feel of its industrial Soviet-era neighborhoods. Visit the local Russian orthodox church to learn about the contrast between Estonian and the local Russian cultures. Take a break at a local restaurant where you can order Estonian food for lunch.

Continue the tour to Pakri coastal cliffs and see the red lighthouse looking over the vast Baltic Sea. It is optional to buy a ticket to the lighthouse to climb to the top or to walk all the way to the Pakri waterfall. As the last stop on the tour, drive to Rummu submerged quarry. Climb up the sandy hills for a view over the entire crystal clear lake and the submerged houses. As you return to Tallinn, you can think back to the day filled with nature, alternative off the beaten path sights and history that you could not have found on your own.

Fun fact: Rummu Quarry is one of the most photographed places in Estonia. The lead singer of Rammstein, Till Lindemann, has found inspiration for two of his music videos in Rummu quarry. Read more about it in 5 famous places in Estonia that have inspired the world.

PRICE INCLUDES: transport to and from Tallinn, personal tour guide.

FOR EXTRA CHARGE: you will stop for lunch, but price for food is not included in the tour price, the ticket to Pakri lighthouse costs 5€

PICK UP: from Tallinn Tourist Information Centre or your hotel in Tallinn

Drive out of Tallinn and visit beautiful seaside in Suurupi. Hike along the coastline and in forested hiking trail. Reach an abandoned military base that was part of Peter the Great’s Naval Fortress. Explore the underground parts and the massive concrete structures in the base.
2

On your way to Keila-Joa, ask your tour guide to stop at Türisalu cliffs for a viewpoint. Thereafter, have a stop at Keila waterfall which is one of the most powerful waterfalls in Estonia. See the manor house right across the river and the beautiful park with its bridges.  If you are more into the nature than the history, ask your tour guide to make a stop at small but charming Treppoja waterfall only a few kilometers away. Read more about waterfalls near Tallinn here.
3

Drive through the city of Paldiski which still has a strong industrial feel inherited from the Soviet times. Visit the local Russian Orthodox church to know more about the culture of the local Russians. Have a lunch at a local restaurant. Optional – ask your tour guide to have a stop at a local shop that sells everything from everyday groceries to golden jewelry, household electronics and local souvenirs.
4

Walk along the high coastal cliffs of Pakri and admire the waves. Take pictures of the red lighthouse, bringing a picturesque contrast to the landscape. If you are up for it, walk to the Pakri waterfall which flows directly to the sea and can look especially beautiful in winter when it freezes over.
5

As the last stop on your tour, visit the submerged quarry in Rummu. With the crystal clear water around the ghostly houses, Rummu offers endless photo opportunities. Climb up the sandy hills or touch the freezing water from the shore. On a hot day you can even go for a quick swim in the lake.
!

Prices for the Rummu submerged quarry and Paldiski tour from Tallinn

©Prangli Travel - Hike along the coastline

©Prangli Travel - Learn about Estonia from our local tour guides

©Prangli Travel - Climb the sandy hill at the quarry

© Filippo Cesarini - Rummu quarry looks like out of this world

©Kadi-Liis Koppel - Take pictures to share with your friends

©Prangli Travel - See the local nature and alternative sights, all on one tour!

Sharon from the UK

Had the best time. We booked two tours. They were both as enjoyable as each other. Very friendly and knowledgeable guides. Made our time here extra magical. The national park and the underwater prison.

Nicole Adams from the UK

Our guide Paul was very knowledgeable and very accommodating. It was a great day out. 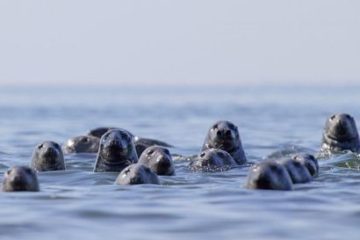 Join us and head out to the Malusi islands for a wildlife encounter to see seals in their natural habitat.
Apr-Oct
4h 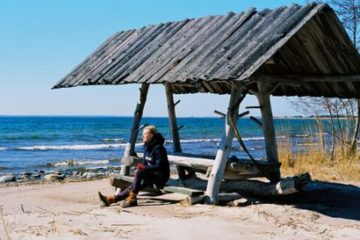 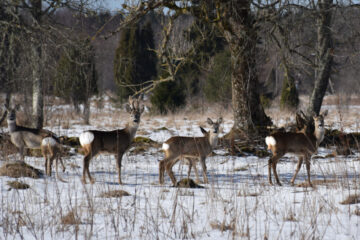 LGet back to nature with a visit to Estonia’s premier National Park, only a short ride from Tallinn.
Year-round
7-8h
60 € – 120 €
One tour per person