On the Soviet tour we see the legacy of Soviet occupation in Tallinn and its surroundings. The tour reveals all the Soviet secrets there were behind the former Iron Curtain.

On the tour we take a spectacular drive along Tallinn’s coast to get a feel for the area’s natural beauty and fascinating maritime and soviet history! You’ll visit the Olympic Center built in Tallinn for the Moscow Olympics. You’ll hear how the yachting competitions were organised during soviet times.

On the Viimsi peninsula, you’ll visit the secret abandoned soviet air-defense base and Coastal Folk Museum’s exhibition. It introduces stories about time behind the iron curtain. Admire the picture-postcard views of the Old Town skyline from Tallinn TV tower.

Read more about 9 Soviet sights to visit in Tallinn.

PRICE INCLUDES: personal pick up and return at your hotel, guide service, transport and entrance fees to museums.

FOR EXTRA CHARGE: Lunch or coffee break is available on request in restaurants of Viimsi or in TV tower.

PICK UP PLACE AND TIME: hotel or as agreed.

Learn about the historical background of soviet times at Freedom Square

Starting from the end of the story, we provide an introduction to the historical background of the soviet occupation of Estonia at the symbol of Estonian independence, the “Statue of Liberty”, centrally located in Freedom Square. On the Soviet tour we will tell you about dramatic and humorous issues and memories (including pictures from the time) which will stay with us for the whole tour.
2

Heading towards the Tallinn Song Festival Grounds we pass the former Headquarters of the KGB at the legendary Hotel Viru and buildings that represent Stalinist architecture in Tallinn. Stopping at the Song Festival Grounds we will try to give you a feeling of the emotions that filled the stage in the late 1980s when the Singing Revolution took place here and the Estonian people sang themselves to freedom.
3

Visit the former Olympic Centre, home to the yachting events for the Moscow Olympics in 1980

Continuing the Soviet tour along the Eastern coast from Tallinn, we will tell you the controversial stories about the Memorial of Maarjamäe and the former Olympic Centre where the yachting for the Moscow Olympics took place in 1980. Following the coastline, which was partially closed as part of the border zone established during soviet times, we visit the Coastal Folk Museum  to get acquainted with a soviet collective farm exhibition.
4

Ending up at the peninsula of Viimsi, we take a walk to an abandoned air force base in the forest where strategic rockets were installed until the restoration of independence in Estonia in the early 1990s. On our way back to Tallinn city centre we visit the Tallinn TV tower (also built in 1980 for Moscow Olympics) to get to know more about the unbelievable building strategies employed by the soviets, their censorship of the media, and the dangerous events when Estonia declared its independence in 1991. Our drive back to the city centre also takes us through the biggest city district built in soviet times, a high-rise area of apartment blocks named Lasnamäe.
!

Prices for Behind The Iron Curtain – Secrets Of The Soviets

©J. Leppmets. We get to admire the beautiful view from Tallinn TV Tower

©J. Leppmets. The Olympic Center in Tallinn built for Moscow Olympics in 1980

©T. Grepp. We hear stories about the Song Festival Grounds

Diego was an outstanding guide with good knowledge of the tour he was providing. Highly recommend!

Behind the Iron Curtain of Tallinn – Secrets of the Soviets tour was very cool!
My 15 year old son and I very much enjoyed this tour with our tour guide Nele. We learned and saw so much about the history of Estonia gaining independence and saw some very cool and interesting places and things along the way. The Memorial to those never seen again, they were sent to Soviet gulags, rivals and possibly surpasses the Vietnam Memorial in Washington, DC. The back stories which included personal family stories brought the history even for to life. This tour also included a trip up the TV tower built for the 1980 Olympics, a stop at a local museum and a walk in a missile silo on a former Soviet military base. Pretty darn cool!

Andy from the UK

Tallinn Soviet Tour
Such great value for money. Our tour guide Liina was so friendly and knowledgeable she was able to answer all our questions with ease. Liina picked all 8 of us up from our hotel at the agreed time then drove us around Tallinn showing us all the sites of interest. We achieved and learnt so much in the day with a beautiful lunch break up the iconic tower. Highly recommend this tour.

Tina from the US

We took a Soviet tour with Nele. It was an interesting tour of areas of Soviet occupation and the legacy they’ve left behind. We visited the Song Festival grounds, the Soviet statues taken to the Historical museum, the TV Tower (with a fascinating exhibit), a coastal fishing town and an abandoned missile silo. We ended the day with an abbreviated tour through Old Town and a drive through Kalamaja, admiring the historical wooden houses there. We took 2 tours through Prangli Travel – The Day trip to Lahemaa and also the Soviet Tour (with a shortened version of Old Town & Kalamaja wooden houses). I don’t think we could have seen so much in 2 days, so we were happy to have had the chance to do it with Prangli Travel!

Anita from the UK

Great tour guide Liina was very knowledgeable and gave us lots of information. Good selection of places to visit!

Secrets of the Soviet Tour
Had a great morning with Marit! Really enjoyed each of the sites which we would not have been able to get to so easily without her assistance – Tallinn Song Festival Grounds, Soviet Statue Graveyard, Maarjamäe Memorial Complex, Tallinn Teletorn (TV Tower) and the Rannarahva Muuseum. Would highly recommend learning a bit about the Singing Revolution in Estonia prior to the tour as it enhances what you will see.

The guide Marit was excellent, a very beautiful tour inside Tallinn!

Erik from the Netherlands

Friendly guide with a lot of knowledge.

Thank you. Delighted with today’s tour.
Our guide Marit was excellent. Very knowledgeable and willing to answer our questions, clearly and courteously. Nothing was too much trouble.
I was particularly grateful for assisting with my visit to the print shop. I want to thank you for providing such an excellent, professional guide.

Scott from the US

Soviet Era sights around Tallinn
We only had one day in Tallinn on our Baltic cruise and luckily we chose to spend the day with Marit learning about the Soviet Era in Estonia. Everything flowed with the expected precision. A few of the usual sites and some nice wandering off the beaten path. We loved the Telecom tower, and a trip to an abandoned missile bunker. Something for everyone, and our host adapted to our energy and mood, flexibility never provided by the usual cruise ship excursions.

Very interesting tour
Secrets of the Soviets tour with Annika was very intresting. We did learn a lot about the history of Estonia. I can only say when you visit Tallinn you surely have to go on these kind of trips to see what you normally would not see.
Im sure next time when I am in Estonia i will call Prangli Travel team to show me more nice places.

Behind the Iron Curtain
We had an excellent half day tour visiting a variety of places related to the sad days when Estonia was occupied by the Soviet Union – including an abandoned airbase, the television tower, the outdoor stage where people assembled as the USSR broke up. All explained much better than I can by our guide, Annika. It was a unique experience to hear first hand what it was like to live under Soviet rule, how terrible it was to live under occupation under Stalin, the liberation and subsequent success of Estonia. Would highly recommend on your visit to Tallinn! 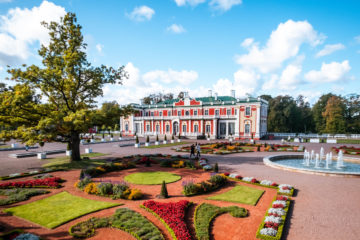 Tallinn in a nutshell – this tour provides an introduction to Tallinn’s history and culture that is second to none.
Year-round
4-5h 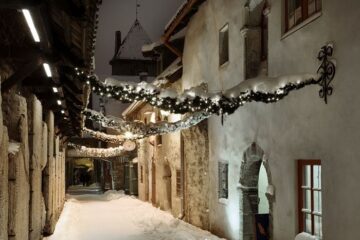 Step back into the pages of history and explore the passages, walls and buildings of Tallinn’s magical, medieval Old Town.
Year-round
1.5h 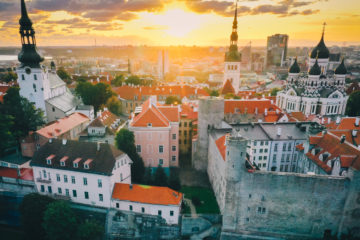 Find out what makes Tallinn tick as we explore its medieval old town, baroque palaces and soviet-era buildings.
Year-round
3h
79 € – 168 €
One tour per person